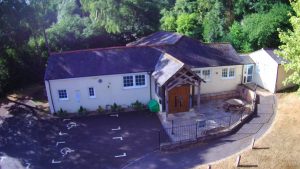 The original building which became Beech Village Hall started life in 1894 as a printing works operated by Messrs Vaus and Crampton. In 1909 a private buyer acquired the premises, and in 1931 sold the property, by then known as “Hedge Grove”, to Beech resident Nellie Asser for £450. A year later, Mrs Asser transferred the property to the village for use as a village hall. The original structure housed a bar-lounge, kitchen and cloakrooms. Around 1960, General Morgan Owen bequeathed the recreation ground to the village. Both amenities are managed on behalf of the village by the Beech Village Hall & Recreation Ground Charitable Trust.

In December 2008, Beech was awarded a grant by the Big Lottery Fund towards the extension and refurbishment of the Village Hall. Combined with the funds already raised by the village, including grants from Hampshire County Council, East Hampshire District Council and Beech Parish Council, this meant that work could start on construction of a new wing housing the new main hall, together with the complete refurbishment and re-equipping of the old hall as a bar, kitchen and cloakrooms. 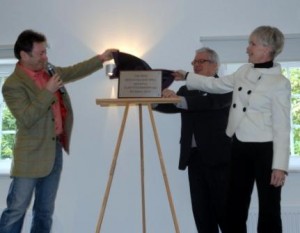 Since the “big build”, improvements have continued. In 2011, the old toilets and storerooms were updated to create a meeting room, unisex toilet and kitchenette in the Annexe. A couple of years later, the car park was resurfaced and lighting installed. Children’s play equipment has been added to the village green, including swings, a slide and a climbing frame, the latter funded by Veolia and EHDC. The toilets have been refurbished and a new sound system installed. In 2020, the kitchen was refurbished with a new range, cupboards and taps and the WiFi was updated with high-speed Internet access.